In the article in “Istanbul Hamrah”, we intend to review all the details to  buy house in istanbul and the price of an apartment in Istanbul in 2022. We will express the process of buying a property, the details of documenting the property, the average price of a house in Istanbul, introducing the best areas, and in general any information you need.

The "Istanbul Hamrah" team is with you to buy property, obtain Turkish residency and citizenship, register a company and represent the top Turkish brands. 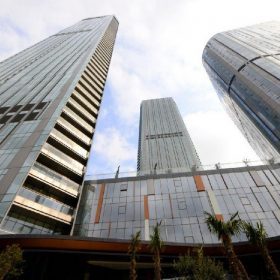 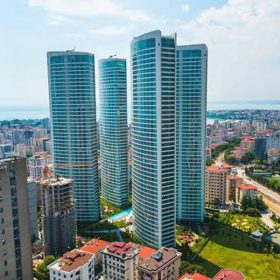 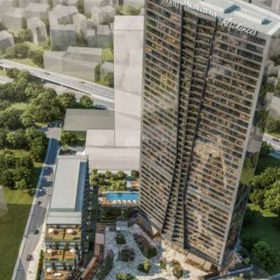 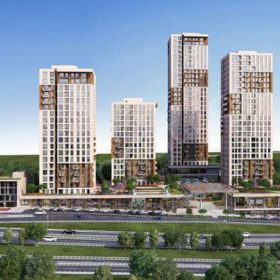 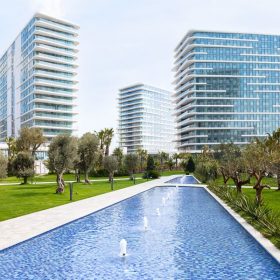 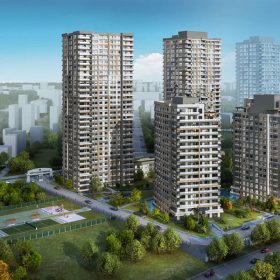 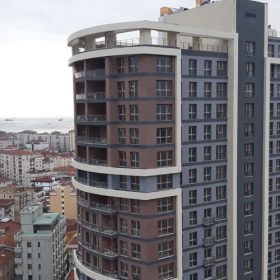 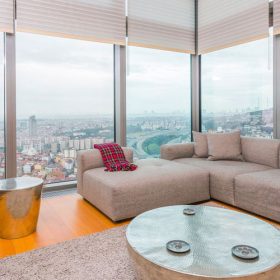 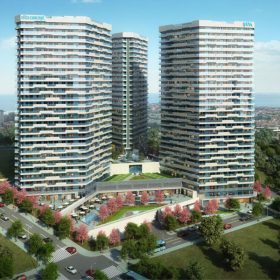 The most profitable project of the last three years in Istanbul

All Property for sale Istanbul

The great advantages of buying property in Istanbul

Turkish immigration laws have greatly changed in recent years, especially in 2022. Fortunately, these changes are in a positive way, which have opened the gates of Turkey to immigrants. If you have enough financial ability, just by buying a property in the city worth 250 thousand US dollars, you can bring Turkish citizenship and a passport for yourself and your family. If you do not have the amount, still do not worry; you can buy a house on any budget and easily get a residence permit in Turkey. Besides, for those who cannot afford to buy a house, they can rent a house in the city and get a residency for a year. That is why we say that buying property in Turkey, according to the new laws, has become really easy and, of course, highly beneficial for immigrants.

The best districts to buy  buy house in istanbul

In the next step, we will introduce the best districts of Istanbul to buy a house. Istanbul is vast that consists of various neighborhoods and areas.

Istanbul have 39 counties (ilce), and it is still growing and developing. It is predicted that the present year will be the golden year of construction and investment in the city.

Istanbul is the only city located between the two continents. The choice between the Asian and European parts of Istanbul depends only on your viewpoint. Since, each part has its advantages and disadvantages, one cannot be superior to the other. In this case, the neighborhoods and areas can only be divided on the basis of price. In the next section, according to the apartment prices in Istanbul in 2022, some of the best districts is introduced.

Apartment prices in Istanbul in 2022

You can see the purchase price of houses in different neighborhoods of Istanbul in the table below.

Luxury and expensive districts in Istanbul

All the reasons that lead to direct impact on the price of apartments in Istanbul are the historical district, the age of the buildings, the amenities, the distance from the city center, the proximity to the public transport system including the metro and the bus. In the section, we introduce three of the most expensive and, of course, the most luxurious districts of Istanbul.

It is known as one of the best districts in Istanbul to buy a house. This part of the city should be compared to the best parts of London and Paris; hence, it is obvious how attractive and popular the area is. Therefore, it should be noted that the purchase price of a house in the district is higher than anywhere else. The most expensive houses in Istanbul is found in the neighborhood and “Bebek”. The average purchase price of a 100-meter house in the district is about 2 million liras.

Another popular and, of course, expensive district to buy an apartment in Istanbul is the Sariyer district. It is close to Beşiktaş and equals it in terms of facilities, but it is quieter and more comfortable. The “Zekeriyakoy” district, which is located in the neighborhood, is full of large and luxurious villas, and the most expensive houses in Istanbul can be seen in the area.

Apartment prices in the area in 2022 has increased, the average purchase price of a 100-meter house will be around 1.2 million liras.

The other features of the area are:

Another best districts in Istanbul to buy a house is Atakoy. The district is originally considered one of the Bakirkoy areas. It is also one of the most luxurious and expensive neighborhoods in Istanbul. Moreover, the condition of the amenities in the district is high. Since the beginning of 2022 until now, it has faced a significant growth. The average purchase price of a 100-meter house in Bakirkoy and Atakoy will cost between 800,000 and 1.2 million lira.

The most prominent features of Bakirkoy and Atakoy districts are the following:

Inexpensive and economical districts in Istanbul to buy a house

Not everyone have the financial ability to buy property in the aristocratic districts and neighborhoods of Istanbul. But the issue should not be seen as an obstacle to residing in Turkey. As the city has expanded greatly in recent decades, it is also possible for immigrants to buy affordable housing in Istanbul. The low-cost neighborhoods of Istanbul are usually all new-built, and their urban is mostly made up of residents and residential complexes.

In the following, we introduce three cheap and economical districts for buying a house in Istanbul.

It is one of the cheapest and actually the most populous neighborhoods in Istanbul. Most of the area consists of towers, complexes and residents. The region has not grown much in recent decades, but by 2022, it has become one of the growing areas. In addition, many immigrants live in the area because of the fair and reasonable prices. The average price of a 100-meter house in the area is about 300,000 lira.

Another proper district to buy a cheap house in Istanbul is the Umraniye district. It is also one of the most populous neighborhoods in Istanbul with a lot of hustle and bustle. In addition, it has more ancient and historical construction than Esenyurt district. The area is located in the Asian part of Istanbul and it is considered one of the modern areas.

Average 100-meters apartment prices in the district will cost about 400 thousand liras in 2022.

It is one of really small neighborhoods in Istanbul with a medium population. If you want to buy a house in Istanbul and you do not have a large budget, the neighborhood is suitable for you. It is not as crowded as the previous two areas, and it is close to the city center. Transportation in the area is easier due to its proximity to the city center. The average price of a 100-meter house in the area is about 320,000 liras.

Guide to register a property document in Istanbul

Buying a house in Istanbul would be a time consuming and long process. In this regard, the important role of a consultant and experienced people should not be overlooked. Therefore, the specialists in “Istanbul Hamrah” will assist you during the buying process. Once you have found the intended property, the process of documenting the property and buying an apartment in Istanbul will officially begin. The process has only two steps, however, both are really important. This is done entirely under the auspices of the Property Registration Office in Turkey. After that, you need to pay a sum as a deposit to the seller, and arrange a contract in two copies for both parties, and of course, get the approval of the Noter office. The next step is to set a time for the “face-to-face interview”. On the designated day, each party to the transaction must be present and submit the relevant documents to the registry office. After preparing the relevant inquiries, the absence of any obstacles for the buyer to purchase the property in Turkey, payment of taxes and full settlement, the document registration process is completed.

The required documents to buy a house and register a Tapu document are as follows:

If you want to know more about the Tapu document, you can read the following article.

What is a Tapu Document?

Purchase price of a second-hand apartment in Istanbul

Another way to have a property in Istanbul is to buy a second-hand property that has been sold or furnished. It is one of the best ways that significantly reduces the final price of the property. Since in this way, the apartment does not have the excellent condition of a new property, it is obviously a little cheaper. Buying a second-hand apartment in Istanbul is usually about 30% cheaper than buying a new property. Naturally, those who are intended to choose the second-hand apartment are the ones whose budget is less than usual.

In a statement issued on January 15, 2021, the Turkish Immigration Service stated that buying property in some parts of Istanbul would not lead to a residence permit in Turkey. These areas are:

You can no longer obtain Turkish residency by purchasing property in the Fatih region. Renting a house in Fatih district is also prohibited and only students can apply for residency in the area.

If you intend to know more about all the ways to get a residence permit in Turkey, you can read the article Residency in Turkey.

Ask your questions in the comments section
5/5 - (1 vote)